We never thought we would do this, even though we have been traveling for more than two decades.

But there we were, traveling on the Périgord, going to the small hamlet of Péchalifour, near Saint-Cyprien, where truffle farmer Edouard Aynaud, would take us on a truffle hunt with his two dogs, trained to sniff and point, but not eat, the black Périgord truffle.

We had eaten black truffles before — and they tasted like the scent of old libraries: arcane yet grand, laden with the taste of history and mystery. And sometimes, with a hint of bitter chocolate.

But going on an actual truffle hunt was a pilgrimage of sorts, both entertaining and philosophical, as we would actually search for these “diamonds of cuisine”, as the renowned 18th French gastronomic writer, Brillat Savarin, called them.

This “diamond” is actually an hypogeum fungus, which grows underground near certain types of trees –oak, beech, hazelnut, chestnut, birch and poplar. The fungus absorbs nutrition through an extensive and ramified root system. The fruit looks like a tuber (somewhat like a potato) whose color varies from white to grey to black.

And, it is an ancient food. The Sumerians (about 1700BC) used the truffle by mixing it with other vegetables — barley, chick peas, lentils and mustard. Plutarch, the great Roman essayist, wrote that the origin of the truffle lay in the combined and mysterious action of water, heat, and forked lightning – earth, air, fire, water.

We went this hunt as one of the experiential dimensions on our Viking River Cruise, where we explored the Bordeaux wine country. One of the areas was the Dordogne region, home of the Périgord truffle, the Tuber Melanosporum.

The Périgord is a verdant area, close to the Dordogne river and the Lascaux caves, full of woodlands and forests. It is also far from the madding crowd, even though it is only five hours from Paris.

And, on the Périgord is Péchalifour, where Rabassier (the truffle hunter) Edouard awaited us, with Farah and her sister, his two black and white Border Collie truffle sniffers.

It was there where we became participants in the centuries-old traditional method, used by Rabassiers, to locate and unearth a Périgord truffle: the dogs, with Edouard commanding “Cherché!” (find!) Farah and her sister were sent to sniff under the trees, and start digging with their paws. We were fascinated by this, as many times, when Edouard started to dig further with his old hand trowel, sometimes he found nothing at all.

All this time, Edouard was speaking to us in French – I seemed to understand some of what he was saying. “So this is my life. And all this is thanks to my father, when he planted these first trees in 1968. And thus, he passed this delightful madness on to me.”   I asked him again to say “delightful madness” in French, and he said, “C’est douce folie,vraiment!”

While he was talking, the dogs were hunting, and he asked me, the one who spoke a small amount of French, if I would like to dig where Farah was digging. I used my hands – my writer’s hands sans nail polish – and actually found one. It was small, and looked so odd – sort of like a small black ball. Whether this was indeed a happy accident or not, I had never held a truffle in my hand.

“Eh, bien! Voila!” exclaimed Edouard, and quickly removed it from my hand. And for good reason! Fresh winter black truffles have been known to sell in a retail setting easily approach €4,000 ($4500) per kilogram (a little over 2 pounds.)

Our adventure was not over yet, though, as our next stop was the dining room inside Edouard’s old farmhouse, where a truffle lunch – three courses, all truffle-based, was being prepared by his wife, Carole. The first was a simple slice of truffle butter on fresh farmhouse bread, then came the Brouillade, a truffle butter/cream/ scrambled egg mixture with shaved truffle on top, then, pasta, with a crème based truffle sauce, finally fresh strawberries, grapes and walnuts. The best of everything.

We never thought we would be in an ancient farmhouse, eating fresh black truffle preparations. It was beyond memorable, as we knew that Péchalifour was founded in the 16th century. Prior to that, 15,000 years before, the Paleolithic men (and women) lived in this area, and painted on the cave walls of Lascaux, not far away.

As we ate, and looked and the ancient stones that became the walls of this home, we sensed this area must have been known, for millennia, as a safe harbour, a place of respite and peace. It had fresh water from the river, fresh fruits and vegetables, plentiful wood for fires and cooking, and of course, truffles. Not much has changed since then. 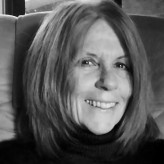 Experience Provence on a Fine Food Truffle Farm for a Sensory Experience!

How and When to Use Black vs White Truffle Oil

Editor Selects: Beautiful Champagne, Inside and Out!