A rare bronze sculpture from an edition on display at both Highgrove, Prince Charles’s country home, and in Hyde Park, is set to take £200,000 at auction on October 10.

Isis, by solicitor-turned-sculptor Simon Gudgeon, depicts the Goddess of Nature as a stylised bird and is best known from the monumental bronze of it in Hyde Park.

The 2.08m high bronze, raised on a polished black marble plinth, is number one of nine and is the first to reappear on the market since the edition sold out in 2009. It leads a quartet of large-scale casts from Gudgeon (b.1958) and Lorenzo Quinn (b.1966), among 60 lots of contemporary art at the House and Garden auction at Mallams’ saleroom in Abingdon, Oxfordshire on October 10-11.

Quinn had a brief acting career in his 20s, including playing a young Antonio Stradivari alongside his father Anthony Quinn in 1989, but later he moved to Spain to focus on sculpture. His public art in his adopted home includes Encounters, erected in 2003 opposite the Museum of Modern Art in Palma de Mallorca, while in 2005 The Tree of Life was unveiled to a crowd of more than 3500 outside St Martin’s Church in Birmingham to commemorate those who died in the Blitz.

The Abingdon auction will also feature versions of three of Quinn’s most recognisable works, including a 1.94m polished aluminum of Volare, the original of which stands in London’s Cadogan Place. Number two from an edition of eight, it carries hopes of £30,000-50,000.

The 1.72m bronze Gravity, numbered one from an edition of five, is also expected to fetch up to £50,000, while the bronze, iron, glass and wood composition of a hand clutching a glass ball titled In Perspective is estimated at £12,000-18,000.

The main works come from a private collection acquired just as the careers of both artists first began to blossom a decade ago. No comparable pieces have previously appeared at auction.

Blending modern and traditional and both indoor and outdoor furnishings, the twice-yearly House and Garden sales in Abingdon overseen by director Henry Cooke are unlike any other auction in the Mallams’ calendar and offers a place where professional interior decorators rub shoulders with home furnishers, the ideal place to discover vintage garden ornaments, period architectural elements and striking decorative objects suited to contemporary living. Established in 1788, Mallams is one of the country’s leading specialist provincial auctioneers and estate agents.

Reconnect with Nature: Let Nature Teach you Stillness and Renew You 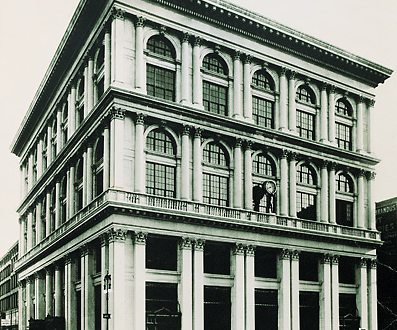