The large-scale installation titled The Moon is Leaving Us is derived from historical and contemporary observations of the Moon and highlights the critical role that visual representation plays in science and in our understanding of the Universe. It will be unveiled at Tai Kwun, Centre for Heritage and Arts, in Hong Kong on 23 April 2021 and will run for four weeks, remaining on view through Art Basel Hong Kong (scheduled 19-23 May 2021). It marks the first Audemars Piguet Art Commission to be shown in Asia.

About the Researcher and Artist

Both a researcher and a maker, Phoebe Hui is known for her thought-provoking artworks that combine elaborate subject matter, intricate artistry and traditional craftsmanship. Hui’s practice aims to deconstruct, decipher and visualise scientific inventions, innovations and technologies, revealing their concealed beauty and enabling her audience to better understand their complexity. Inspired by her everyday life and often imbued with humour, Hui’s artistic language emphasises the inextricable links between artistic representation, science and technology.

The Moon is Leaving Us will poetically interpret the scientific fact that the Moon is slowly migrating away from the Earth and raise questions about nature and the ways in which humanity sees it. The artwork will provide a platform for visitors to investigate both cosmic and innate forces—connecting the personal and the planetary whilst encouraging us to step away from our limited understanding of the Universe and to embrace new perspectives through contemporary art.

Symbolism of the Moon

For Hui, the Moon symbolises togetherness and simultaneously amplifies physical disconnection, a theory that takes on a heightened meaning today. Her interest in the Moon dates back to her childhood when she discovered Su Dongpo’s legendary poem, Prelude to Water Melody. The poem sees its protagonist gazing at the Moon and thinking of his brother, from whom he is separated. This imagery stayed with Hui who was used to spending many years away from her friends and family due to her studies abroad. She became attached to the Moon and the idea that one can feel near those they love when they observe the celestial body.

The artist’s interest in the Moon was re-ignited when in 2019 she visited the remote Vallée de Joux, home of Audemars Piguet, where she found herself on a dark moonlit road one evening. The way that the Moon shines in this part of the world and often acts as the only source of nocturnal light stood in stark contrast to her everyday experience in the shimmering metropolis of Hong Kong—and cemented the subject-matter for the fifth Audemars Piguet Art Commission.

As part of her research, Hui interviewed a former astronaut who shared with the artist how we only ever see part of the Moon from Earth despite the many scientific advances we have made in the past centuries. Hui also learned how representations of the Moon are subjective and can depend on the instruments themselves, on the choice of data or also on a scientist’s personal preference. This idea fascinated the artist who interrogates in this new work the mutability of the world: what we deem as fact when it comes to nature vs. the invisible world we are unable to see.

About the Audemars Piguet Art Commission

The Audemars Piguet Art Commission is a competition occurring every two years under the auspices of Audemars Piguet Contemporary, a division within the Swiss Haute Horlogerie Manufacture. With each Art Commission, an artist—not yet internationally recognised—is selected with the guidance of a renowned independent curator to develop a large-scale artwork amplifying their practice at a scale that is a “first” in their career. Each selected artist is given the opportunity to work with the independent curator—an expert in their region—as well as the Audemars Piguet Contemporary team, who accompanies and supports the duo from the inception of their study, to the development and exhibition of the artwork. 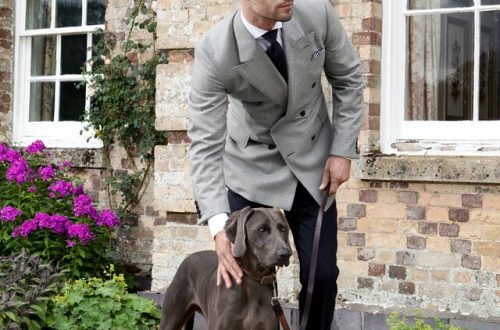 Huntsman Fashions: His and Hers British Stylish Elegance Since 1849