The iconic Tokyo hotel that played a fundamental role in the introduction of traditional French cooking to Japan’s capital over half a century ago is now playing a pivotal part in introducing a new take on French cuisine to the city’s world-class dining scene with the 1 November debut of Esterre – a fine dining restaurant showcasing contemporary haute cuisine. Tokyo’s latest dining destination represents an exciting new partnership between the award-winning Palace Hotel Tokyo and Ducasse Paris.

Inspired by nature, Esterre – whose name literally translates as ‘mother earth’ in the Occitan dialect spoken in the south west of France where world-renowned chef Alain Ducasse was born – embraces the natural flavors of the terroir (land and sea) by placing more emphasis on ingredients such as grains, vegetables and fruits rather than limiting them to their traditional roles as accents and accompaniments. First-course presentations incorporate, for example, the likes of chickpeas, quinoa, leeks, mushrooms and nuts as their base ingredient while desserts turn to the natural sweetness of fruits rather than refined sugar.

Another core pillar of the new restaurant is local sourcing. In line with Ducasse’s philosophy of first uncovering what high-quality ingredients can be found in a given destination and then applying French culinary techniques to their preparation, Esterre serves up the best produce from throughout Japan.

Independent fishermen supply the restaurant while the wagyu beef comes from Tochigi. And the culinary team has partnered with small, environmentally friendly farms to bring ingredients such as avocados from Wakayama, vegetables from Nagano, and mikan (Japanese mandarin orange) from Ehime – with regional sources varying with each change of the seasons, as temperatures gradually warm from the south of the country to its center and then to its northernmost part.

Though the cooking techniques used remain predominantly French, some reflect elements of culinary traditions unique to Japan – such as how marinades and seasonings are prepared.

“Our concept of applying French techniques to bring out the distinctive, natural flavors of the most beautiful produce the Japanese terroir can offer presents an incredibly exciting challenge,” said Esterre’s Chef de Cuisine Martin Pitarque Palomar, former sous chef at Michelin-starred Alain Ducasse at The Dorchester.

Palace Hotel Tokyo and Ducasse Paris have also appointed Thomas Moulin, who was most recently pastry chef at Rech by Alain Ducasse in Hong Kong, as chef pâtissier. Together with Chef de Cuisine Martin Pitarque Palomar, the two will collaborate not only on the new restaurant’s menus, but also the afternoon tea presentation of Lounge Bar Privé – the hotel’s chic lounge and bar located adjacent to Esterre and whose popular French-inspired afternoon tea will now reflect hints of Esterre.

“The modern French style of faire de la pâtisserie incites a whole new universe of emotions that I look forward to introducing to hedonists here in Japan,” remarked Moulin.

While the new restaurant is wholly owned and managed by Palace Hotel Tokyo, Ducasse Paris will remain involved at all levels – from its overall concept to its design elements and its recipes.

Local design studio, SIMPLICITY, founded by award-winning Japanese interior designer Shinichiro Ogata, conceived the space as a tribute to nature and the continuous, circular flow of life. An earthy color palette and such tactile materials as paper, textile, wood and soil were chosen to emphasize the harmony between nature and humans.

“We’ve wrapped the interior with washi [traditional Japanese paper] as it originates from plants, reflects sustainability and its translucency and fluidity stirs the imagination and evokes a sense of elegance that, in its simplicity, beautifully complements the Esterre experience,” said Ogata.

Also key to the design concept was to afford patrons the opportunity to dine, converse and soak in the expansive views of the Imperial Palace gardens visible through the dining room’s floor-to-ceiling windows without any distractions.

Esterre takes the place of Crown, the hotel’s first French fine dining restaurant – which closed its doors in July of this year. After playing a pivotal role in the introduction of French fare to Tokyo when it first opened in 1964 as part of the original Palace Hotel, its concept was elevated to a more refined, contemporary presentation of French cuisine when the restaurant re-launched in 2012 following a re-build of the entire hotel from the ground-up.

“Crown’s had a truly incredible run, but there was no more refining or elevating to be done after having been in operation for more than half a century,” said Masaru Watanabe, the hotel’s managing director and general manager. “It’s now time to do something completely different.”

With more than thirty restaurants in nine countries – from authentic bistros and casual brasseries to three Michelin-starred restaurants – a network of more than 500 addresses selected by les Collectionneurs in Europe, an international education division in culinary and pastry arts in partnership with Sommet Education, handmade bean-to-bar chocolate shops and handmade coffee-tree-to-cup coffee shops, a 100%-electric restaurant-cruise on the Seine river, Alain Ducasse has developed, over thirty years, a different vision of the food service and hospitality industry re-grouped under Ducasse Paris, which he founded in 1999. 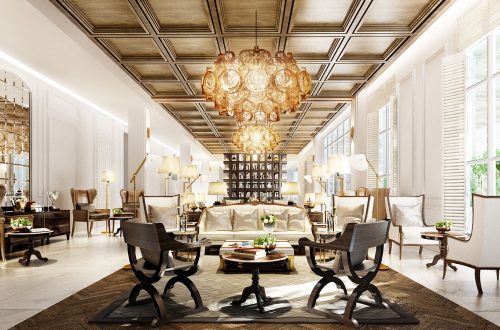 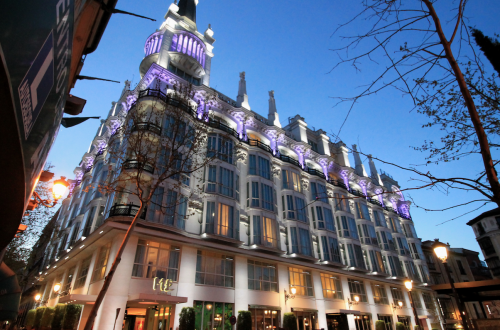 Gourmet Escape: The Gastronomy and Passion of Spain

Enjoy Champagne in the Sun at Tsogo Sun South Africa