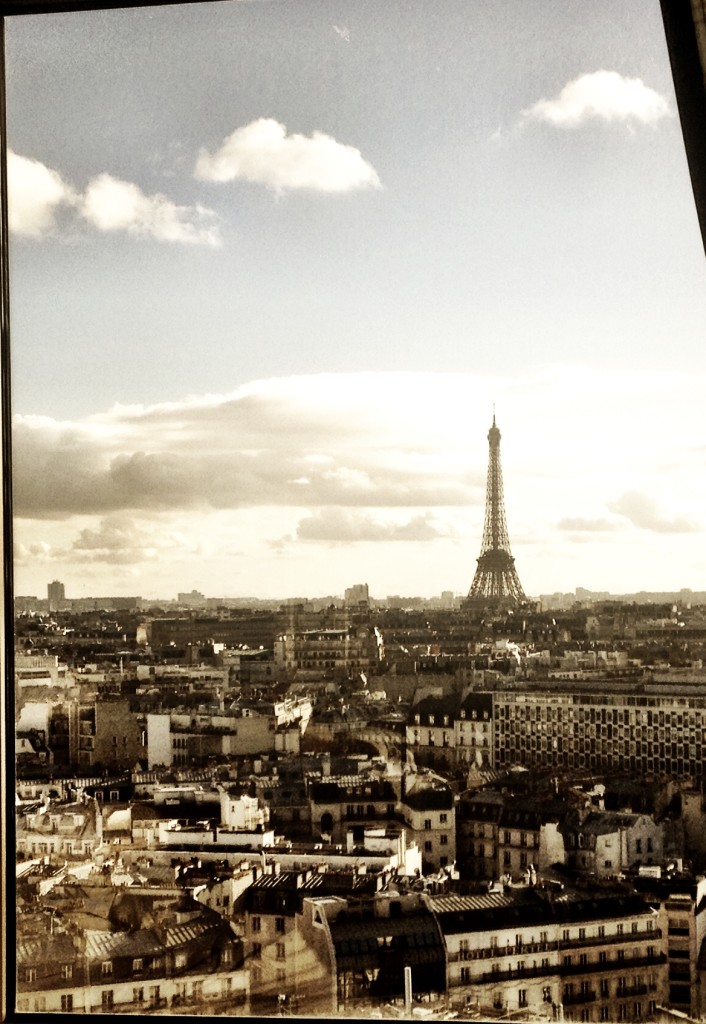 One of the world’s most popular destinations, Paris, offers a multitude of things to do and places to see. Like most major travel destinations, there can never be enough time to see it all.

There are endless supplies of tourist guides and travel resources that can assist you in putting together an itinerary, however, if you can harvest a few hours on any given day from late afternoon til the wee hours of the morning, I promise this itinerary will give you an evening of enchantment.

Your evening will begin at The Bar La Vue atop the Hyatt Regency Hotel in the Porte Maillot district. As you step out of the elevator on the 34th floor and ascend the small stairway into the plush space, you will immediately realize its reputation as the ultimate vantage point for taking in the city. It provides a panoramic vista that will imprint a postcard image in your memory forever. The cityscape bows to its greatest monuments: The Eiffel tower and Arc De Triumph.

Every seat is front row viewing and the ambiance is luxurious. As you sip on a favorite cocktail and the shadows lengthen, allow yourself to be absorbed by the city’s beauty as the history of Paris plays out before you. You can almost hear the cries from an age of revolution, sense the gathering of artists and literal genius, smell the smoke and fires of its occupancy and then rejoice in its liberation as the sun sets.

[pullquote]The City of Light was a nickname originally bestowed on Paris because of its reputation as a gathering place of the “Enlightened.” Then, in 1828, the Champs-Elysees was lit by gas lamps, reinforcing its reputation through double entendre.[/pullquote] Now, as the sun drops below the horizon and the vibrant modern bulbs blanket the city in a twinkling golden hue, Bar le Vue presents Act II of a magnificent performance. Of course all of this should be enjoyed with another cocktail in hand. (It should be noted that the libations on offer come at a steep price but when you realize you are buying a glorious experience and creating a lasting memory, you will find the means to justify the cost.) The Eiffel Tower retains prominence at night; draped in a negligee of golden luminosity she sweeps the city with a beam of light from a beacon on her crown. The climax of this spectacle happens on the hour every evening. 20,000 bright, white, sparkling lights create a frenzy of effervescence that make her visible form 80km away. For a full five minutes each hour the majestic monument injects vitality into the streets below guaranteeing long nights of fete and carnival.

It’s now time to loosen the tie and let down the hair and make your way to the Latin Quarter. Traditionally the home to several institutions of higher learning (Latin was the language of choice), this area became a Bohemian utopia. In recent years the renovations have perhaps removed some of the essence of its past, but the feverish energy of the streets and a keen sense of adventure will help sustain the momentum of the evening. It’s time to kick it up a gear and enter Le Caveau de la Huchette Jazz Club. [pullquote]The street level entry presents you with a quite unassuming bar but the 16th century structure is undeniably genuine. Since its conversion to a jazz club in 1946 (the first in Paris), La Huchette has played host to many great American and French jazz artists including Lionel Hampton, Count Basie, Art Blakey, Claude Luter and Claude Bolling.[/pullquote] The drinks menu is modest and caters to a simplistic taste, but you get a feeling of vitality that seems to rise up through the soles of your shoes. There is a distant rhythm, a beat that suggests a life force somewhere deep within the foundations. Follow your curiosity and descend a small stone staircase toward the front of the building. What awaits you is a cavernous space so full of verve and frenzy that it could be the heartbeat of the city itself. A cellar formed by a labyrinth of stone pillars and arches so strong and dense that the music couldn’t escape if it wanted to. The bands play swing and jazz; it’s noisy, brassy, vociferous and absolutely entrancing. The center space is the dance floor packed with locals and tourists alike, dancing wildly with swinging arms and legs in a style recognizable from the early post war era. You will immediately be charmed and the house lights will turn on before you are ready for the evening to end.

Both of the venues I recommend offer a very contrasting approach to Paris, but I stand by my pledge – combined they will deliver an unforgettable evening. You will adore Paris’ charm and beauty from afar, and appreciate its spirit and soul deep within its hidden catacombs. When you awake the following morning in a foggy haze, you can take comfort in the knowledge that what seemed like a dream was in fact real. 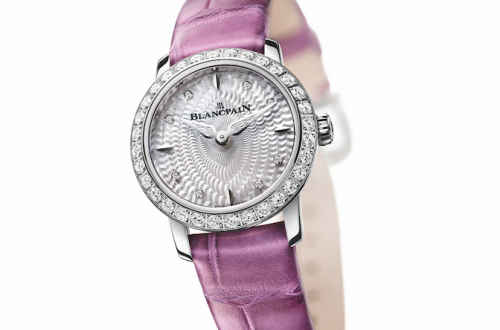 EAT LOVE SAVOR® is a different kind of luxury lifestyle magazine and bookazine for lovers of timeless luxuries. A beautiful and elegant mix of inspiration and teaching about true luxury. Ad-free. Online and in print, a set of collectible, timeless, In print, a timeless collectible set of coffee-table luxury 'bookazines'.

Available Bookazines in our e-Shop