The range of exquisite yellow, white and rose 18kt gold and silver rings and bracelets in the Little Dots collection, were inspired by traditional Arabic calligraphy, by extracting a single and essential element of the Arabic script: the dot. As Stephanie explains “Arabic calligraphy uses one, two or three dots to punctuate some of its letters. As a result, it ends up consisting of 28 letters, while using only seventeen basic characters for their main shape.

Therefore, many letters in the Arabic alphabet have a similar basic shape, but are distinguished from one another by these dots. The purpose behind this collection is to showcase the economy of design and the subtlety that lies in the drawing of an Arabic letter.”

These square shaped rings set the tone for the 3 following collections: “Flore” (2015), “Céleste” (2016), and “Astrale” (2017), all based on simplified oriental patterns and geometrical minimal lines.

Stéphanie Cachard is a Lebanese and a Beirut-based jewellery designer. She joined her family owned jewelry atelier in 2009 after completing her studies at the Lebanese University of Fine Arts (ALBA). A year later, she earned her diploma in diamond grading from the GIA School in Florence.

She launched her own eponymous brand in 2014, and set up her showroom in the heart of Beirut. Working exclusively in 18kt gold and sterling silver 925 every piece in her collection is meticulously handcrafted in Beirut using responsibly sourced precious metals and stones.

To view the collections visit www.stephaniecachard.com.

EAT LOVE SAVOR® International Luxury Lifestyle Magazine & Bookazine is a prestigious publication beyond the ordinary. We are a foremost advocate of intelligent, informative editorials, interviews and feature. We bridge the gap between old world knowledge of luxury and the modern age need for a holistic approach to luxury living, with a feminine touch. Brands cannot pay for coverage allowing us to be unbiased in our guiding readers through our world of luxury goods, services, and experiences. For all the tiers of wealth, we are a best kept secret in luxury and a must-read for those who wish to be indulged in refinement and entertained with class. Founded, edited and published by a woman. We’ve been named on the list of Top Sites for Luxury in the World and Top Luxury Lifestyle Magazines to Follow. 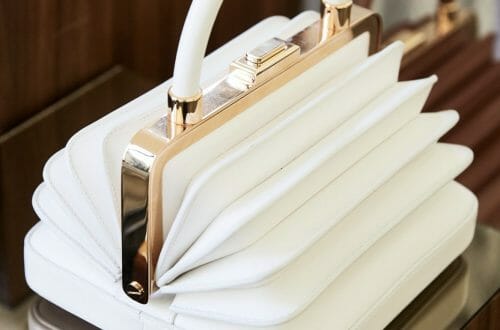 Splendor in the Grass: Garden Parties

EAT LOVE SAVOR® International Luxury Lifestyle Magazine & Bookazine is a prestigious publication beyond the ordinary. For all the tiers of wealth. A best kept secret in luxury and a must-read for those who wish to be indulged in refinement and entertained with class.