Honoring father’s happened 4,000 years ago, a record of this found in the ruins of Babylon discovered in a carving from a young boy named Elmesu, in clay, to his father, wishing him good health and a long life.

It is thought that the first observance of this celebration took place in 1910. The first celebration involved wearing a rose to honor the fathers present and past. Sonora Smart Dodd was just 16 when her mother past and her father had to care for their six children. To honor him and other fathers, she involved her church and the YMCA getting their involvement to honor fathers by wearing a rose: red if alive, white if deceased. She even went around in a carriage delivering gifts to fathers that were shut-ins and was the first to solicit to have Father’s Day made into an official celebration. Father’s Day was commercialized in the 1930’s by a committee in New York City.

In Germany, they celebrate Father’s Day differently than anywhere else. It is a federal holiday celebrated forty days after Easter, called Man’s Day or Männertag or gentleman’s day Herrentag. On this day traditionally a male’s only hiking tour with one or more wagons filled with regional food, beer or wine, pulled by the men. As you can imagine, many men use this holiday as an excuse for drunkenness, wandering the streets all day, but some spend the day with their families instead.

Where do you celebrate Father’s Day?

Here’s a list of Father’s Days around the world. Depending on where you live, you may be lucky enough to get two! 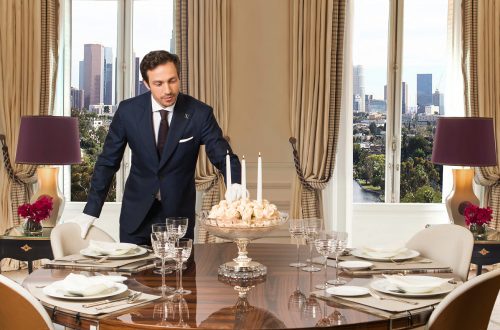