The beauty of Orchids. A flower that since the Victorian Age is associated with luxury, refinement, opulence and elegance, thanks to Charles Darwin’s published works on Orchid fertilization in 1862. The book caused an orchid craze amongst the wealthy.

They could not get enough of this flowering plant. The symbolic nature of the flower are still an important part of the orchid’s meaning today. With the advent of the industrial age in the 19th century, it became simpler to transplant orchids from the tropics to civilization. Greenhouse construction was made easier thanks to advancements in glass manufacture. Favoured by florists, designers, and a myriad of people around the world, this simple flower makes a strong statement. Elegant and tasteful you’ll find the flower in countless fine homes and spaces around the world. Honored in design, art, jewelry, beauty, culinary and more, the honourable orchid remains a highly coveted part of our natural world.

“An enchanting harmony of fuchsia, purple and pink undertones, Radiant Orchid inspires confidence and emanates great joy, love and health. It is a captivating purple, one that draws you in with its beguiling charm.” – Leatrice Eiseman

History and Origins of the Orchid

Orchids all belong to the family Orchidaceae, although they are one of the most diverse plants in existence. They can be traced back to 500 BC in China, Greece, and Rome. In the 18th century, new world explorers discovered and returned orchid varieties to their home countries. There are approximately 28,000 species and over 300,000 varieties among the 880 genera.

Orchids have fascinated plant enthusiasts for centuries due to their beauty, dramatic shapes, and colours. These magnificent flowers appeared nearly 200 million years ago. Orchids were first mentioned in Inquiry into Plants, written around 300 B.C. by Theophrastus, an Aristotelian student. Orchidaceae, as it is known in English, was known as Orchis to the Greeks 2000 years ago. Dioscorides, a Greek medical botanist and physician, was the first to clearly identify them as “orchids” in the first century, and his De Materia Medica was a standard reference until the Middle Ages.

After years of rampant global searching and taking of the coveted flower, many orchids are now on endangered species lists, and practically all orchid collecting is prohibited. In orchid hothouses, species are exclusively grown from seeds to fulfill the worlds desire for this most beautiful and useful flower.

Species, Varieties and Types of Orchids

Orchid flowers range in size from the tiny flowers of the genus Pleurothallis, which are only about 2 mm (0.1 inch) in diameter, to the massive flowers of Brassia, which can reach more than 38 cm (15 inches) in length from the tips of the lateral sepals to the tip of the dorsal sepal. The wide spectrum of growth habits includes plants that are reduced to just roots (Dendrophylax), saprophytic plants that appear to lack chlorophyll (Corallorhiza), and huge plants (Arundina) that resemble bamboo on the surface. Except for Antarctica, orchids can be found on every continent. They are partial to tropical environments and do not grow in soil. With over 25,000 species worldwide, the orchid family is one of the largest in the plant kingdom. Over 100,000 orchid varieties have been developed through modern scientific cultivation, and the number is growing.

Art and botanical beauties have always gone hand in hand. Inspired by nature, the artist paints to expresss the beauty of these blossoms, some from an artistic point of view, others more realistic and botanically correct. Did you know that for over 120 years, the Royal Horticultural Society has hired an official artist to paint beautiful life-size portraits of orchids? What an incredible living tradition and legacy of beautiful images. There are 7,000 orchid portraits looked after by the RHS Lindley Library. The RHS Orchid Committee appointed their first artist in 1897. The current artist, Deborah Lambkin, is the 9th to be appointed. These lovely paintings are part of a large and one-of-a-kind working collection. Even in this day and age of digital photography, a watercolour painting is still the best way to capture these fleeting blooms. Around the world there are countless uses of orchids in all manners of artwork, from lifelike to interpretations of its shape and essence.

Orchids can be found in jewelry designs across time, from simplistic through elaborate, costume jewelry to haute jewelry designs with precious stones and museum quality designs. This piece is a part of the collection at The Victoria and Albert Museum in London. This exquisite piece, an orchid hair accessory made by Philippe Wolfers (16 April 1858 – 13 December 1929), was one of Brussels’ most prominent Art Nouveau jewellers. He was profoundly affected by nature, much like his Parisian colleague René Lalique. Both artists use exotic orchids in their work. On these undulating surfaces, the technical feat of enamelling in plique-a-jour (backless) enamel is outstanding.

Other outstanding historical pieces were created by the iconic jewelers at Tiffany‘s. The designs by Paulding Farnham, who subsequently became Tiffany’s director of jewellery, foreshadowed the Art Nouveau style and mirrored Tiffany’s rich clientele’ passion with rare orchid species. The series of approximately 25 exquisite orchid jewels, hair and corsage ornaments, all realistically modelled and decorated in a vibrant, painterly palette of matte enamels on gold, was the highlight of Tiffany’s sumptuous display of jewels at the 1889 Paris Exposition Universelle.

These classic flowers are made up into some of the most extraordinary arrangements by skilled floral artists and displayed in wonderful vessels to showcase their beauty and enhance your space. There are many to choose from, but here are a few that caught our eye that we love.

Neill Strain: This exquisite white Phalaenopsis Orchid planter includes three plants (6 stems) of the finest and tallest Phalaenopsis plants, hand-picked by their exceptional grower in Holland just for them. These long-lasting plants are the epitome of beauty and luxury and present beautifully when displayed in a polished vase. Located in London, he believes in creating sensory experiences by using delectable scents, captivating colours, and unusual textures. Preferring the unusual, in hand-selected and hand-tied items, in the meticulous work that goes into what appears to be effortless and graceful for magnificence rather than mundane.

Moyses Stevens: This stunning yellow Phalaenopsis Orchid arrangement of carefully selected flowers ensures the blooms are large and of exceptional quality. Planted in a ceramic bowl of choice is an eye-catching feature for any space. Moyses Stevens located in London, are award-winning luxury florists that have been creating bespoke bouquets since 1876 and delivers the finest flowers in the world.

René Veyrat: Created in Paris, this distinctive bowl is filled with different varieties of Phalaenopsis orchids and accented with rare boughs and natural moss. The orchids are presented in an exclusive ND Dolfi pottery, a prestigious Italian artisan. René Veyrat opens his shop at 168 boulevard Haussmann in Paris’s 8th arrondissement in 1950, after a brief stopover at avenue Bugeaud. René Veyrat was drawn to the location, which has been destined for the flower business since 1870, and the shop never moved again. He transformed it into an ultra-modern shop and, as a result of his artistic abilities and good taste, enters the exclusive circle of great Parisian florists. The Edible Part of the Orchid

The vanilla bean comes from the orchid.  Vanilla originates from the orchid Vanilla planifolia, which is a species of orchid. Their stamens are vanilla pods. It’s the only orchid that produces edible fruit. Vanilla cultivation is extremely labor-intensive. It takes three years before the plants begin to produce vanilla beans. When they do bloom, the flowers only stay open for one day and must be pollinated carefully within 12 hours of blooming.

There are four types of vanilla beans:

In beauty products there is a precious part of the orchid used that is revered for its beneficial properties because it is anti-inflammatory, antibacterial, and antioxidant effects that have been discovered by applying the flowers extracts. There are some natural brands that are produced entirely of flower extracts and are commonly referred to as holistic skin care products. Orchids have been dubbed “the perfect plant for the skin” because they contain calcium, magnesium, and zinc, all of which are beneficial to the skin. What does orchid extract do? Orchid extract boosts the life of skin cells and promotes cellular metabolism. It enhances cell regeneration, strengthens cell membranes, and safeguards the skin’s immune system. Orchid oil not only moisturises the skin, but it also boosts the skin’s immunity, reduces fine lines and signs of ageing, and soothes the skin.

Guerlain and Orchids: Recognising the exceptional powerful properties of the orchid, Guerlain has been hunting for the orchid’s longevity secret for almost 15 years. This is why it established the Orchidarium®, the world’s first research centre dedicated to the study of an ingredient’s biological and cosmetic capabilities. Three research centres delve into the fascinating world of orchids in order to identify potent chemicals that may be used to provide ladies with cutting-edge anti-aging skin care.

Deeply Different in Scent: Not all orchids produce a fragrance, and not all of those with fragrance, smell floral. Some exude the fragrance of strawberries, candy and one purportedly resembles the scent of bacon! There are some varieties that are especially revered for their scent.

If I see an orchid that’s fantastically expensive, I’ll buy it. It’s worth it, for no other reason than it gives me pleasure. Are you the proud new owner of a stunning orchid? A beginner’s guide from which to learn the basics of orchid buying, orchid care, and how to maintain your orchid blossoming brilliantly year after year. Happy Orchid dispels myths about orchid care, beginning with a simple, step-by-step introduction that demonstrates all the essential growing techniques, such as how to plant, what food to feed them–orchids are picky eaters!–and how to water and maintain humidity. Then explore more than 120 illustrated profiles of the most desirable orchids to grow, including graceful Phalaenopsis, delicate Dendrobium, spectacular Cymbidium, and many more. Each orchid profile tells you exactly what it requires for optimum growth, such as the best location for them, how frequently they need to be replanted, and how to prolong flowering and encourage reflowering. With this book as your guide, you’ll learn how to grow orchids rapidly and be encouraged to adorn your house with these gorgeous, brilliant flowers. Sandra Knapp, an award-winning botanist and writer, explains the stories behind some of the strange lifestyles and connections discovered among numerous orchid species in her beautifully illustrated book Extraordinary Orchids. Orchid flowers have shapes unlike any other flowering plant, and the sheer number of species means they have an almost limitless possibility to produce ever more exotic forms. Many orchid common names refer to the shape-shifting forms of their blossoms, such as “man-orchids” or “monkey-orchids,” which are named for their resemblance to primate forms. Orchids are easy to depict, and there are many botanical artworks of them. Who could resist the urge to paint or create such strange shapes? 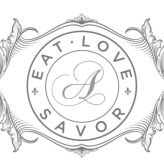 EAT LOVE SAVOR® Luxury (est. 2010) is a luxury lifestyle magazine unlike any other. Commercial free, independent high-end platform including an online magazine and special edition timeless collectible print editions. Entertainment with refinement for those who appreciate classic, timeless, elegance, connoisseurship and sophistication for discerning tastes; highly select and vetted goods, services and experiences. A feminine, passionate and holistic Luxury mindset for the Modern Age. EAT LOVE SAVOR® is named on the Top 5 Luxury Magazines, and listed in the Top 10 Best Sites for Luxury.