In the 1960’s the American fashion scene was taken by storm with the arrival of Roy Halston Frowick.

Born in April 1932 in Iowa, Roy Halston Frowick of Des Moines, Iowa, was the second son of a Norwegian-American. His interest for swing was inspired by his mother and as a child, began developing hats and altering clothes for his mother and sister. He built on his interest in 1952 attending a night school of the Art Institute of Chicago and worked as a window dresser. He first received recognition when in 1957 the Chicago Daily News ran a brief piece about his hats. That same year, he opened his first shop, the Boulevard Salon. There is was that his professional moniker was born – using his middle name, which he’d used since childhood to distinguish himself from his uncle, who bore the same first name.

Halston made his way to New York City when he was in his mid-20’s to work for Lilly Dache, the famous milliner. After working for Dache and Bergdorf Goodman for a few years, Halston designed the famous hat that was worn by Jacqueline Kennedy to JFK’s presidential inauguration, and just six years later he opened up his own luxury boutique in Manhattan. Halston was the first to use the space in store windows and on mannequins to create art in and of itself. Many stores have since followed suit. What made him famous, was his dresses.

Produced and Directed by Madoff Productions for Halston in 1982.

Known for minimalist design and his use of pared-down silhouettes, Halston is synonymous with the 1970’s, Studio 54, and pop culture of the era in general. Some of his friends and clients of the time included Andy Warhol, Bianca Jagger, Elizabeth Taylor, and Anjelica Huston. The standards and design codes that he set continue to form the foundation of the brand. Even while new designers take the helm, the company has stayed very true to its roots and the style has maintained its integrity. Today, the brand exists in the form of Halston Heritage collections, and is available worldwide, and most notable in North America, Europe, Asia, and South America.

Irresistible Reads: A Luxury Moment with a Great Book by Assouline 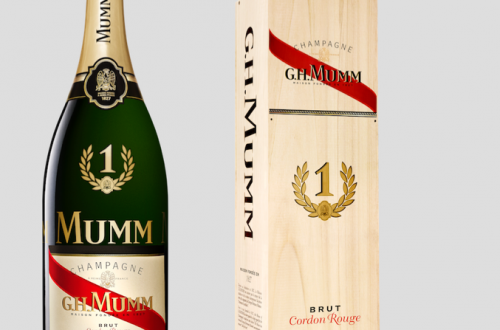 For the Love of Champagne: MUMM No.1 Victory Jeroboam