The Legends of the Dining Room is a way for locals and regulars to experience some of the best cooking from some of the most talented chefs in the country.

Each dinner features a different chef who is making a real impact on the UK culinary scene, someone that is quite simply a legend.

Chefs and Restaurants Being Featured

The Gallivant announced that Damian Clisby of Petersham Nurseries and Phil Howard of Elystan Street are the first chefs in this exciting series to be announced, and will hosting their dinners in the relaunched Dining Room of the Gallivant on Sunday 10th June and Tuesday 17th July 2018 respectively.


Damian joined Petersham Nurseries as Head Chef in 2014 having previously been Head Chef at HIX Soho and Executive Chef at Cotswold House where he won the Cotswold Chef of the Year Award. Damian’s passion for cooking with quality produce developed at a young age; his grandfather was a butcher at Smithfields Market who owned a farm in Ireland. Damian started his career at the age of 18 at J. Sheekey under Tim Hughes where his passion for sustainable seafood was established. Damian uses the abundance of fresh ingredients and flowers available at Petersham Nurseries in many of his dishes, sharing the Gallivant’s passion for seasonal, local produce.

Phil Howard began his meteoric rise in the culinary world in the catering arm of Roux, before a dinner at Marco Pierre White’s renowned restaurant Harvey’s inspired him to take a position there and then Bibendum under Simon Hopkinson. In 1991 he opened The Square with Nigel Platts Martin, where for 25 years his food enjoyed critical acclaim and huge consumer popularity, culminating in the award of two Michelin stars, which he held for 17 years.

He opened Elystan Street in 2016, creating a menu that is pure and clean, with simpler dishes full of vitality and flavour, and comes to the Gallivant for one night only, to recreate some of these wonderful dishes.

EAT LOVE SAVOR spoke with Gallivant owner Harry Cragoe to get further insights into the event and his perspectives of food.

What was the inspiration for the event? What do guests get out of the experience?

The UK restaurant scene has never been so exciting. In London there are new openings happening every day encompassing an enormous range of styles and food origins as an endless stream of young talent tempts us with new ingredient combinations and ways of presenting food. At the heart of this movement sits a number of chefs who have been around a while quietly honing their talent and who in the large part have inspired this explosion of creativity.
The Legends of the Dining Room series celebrates both the ‘founding fathers’ of this movement and the new turks that are pushing the boundaries. I want to invite a few of these chefs to the Gallivant, to share their passion and skill with our local audience, most of whom might not otherwise be able to experience these incredibly exciting culinary talents.

In your view, what is the future of food?

It’s a game of two sides. Mid market, highly formulaic, chain dining will continue to experience problems as I don’t believe the quality is there for the price (both in terms of the experience and the product) – the audience is now wising up to this. Probably not made any better by rising overheads (rents, rates, HR) reducing margins and resulting in operators looking to drive costs out of their food and HR costs. Owners that offer a carefully considered and curated product that is differentiating and actually offers an experiential experience will find it easier. Owners that are passionately involved (and give a damn) about the customer journey will stand a chance of succeeding.
Ultimately I think for hospitality businesses to survive in these straightened times they need to offer a truly great experience, whether that is a great environment, a fantastic product or amazing people.  Ideally all three.
Attend an evening

These evenings will be hosted in the newly relaunched dining room at the Gallivant and will be a 4 course menu at £65 per head. Sunday 10th June and Tuesday 17th July 2018 https://thegallivant.co.uk 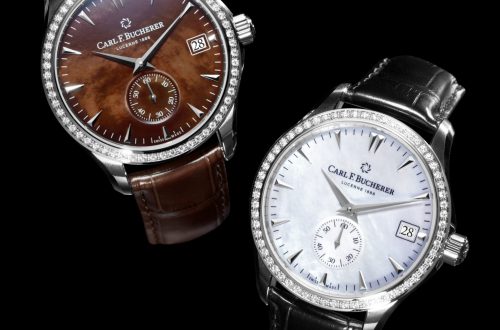 Transform your home into a haven and sanctuary