Years of propaganda have shaped the West’s very limited ideas of what Russia represents. Growing up during the 2nd half of the Cold War I was, admittedly, a little apprehensive about visiting Russia.  Little did I know, St Petersburg would become one of my favorite cities and a place I will endeavor to visit as many times as I can.

Looking At Russia With Fresh Eyes

There are fewer countries in the world more misunderstood and perhaps misrepresented. The expansive landmass and cultural diversity, all add to its mystery and trepidation, but a few days in St Petersburg will open your eyes and your heart to an enchanting nation.

A Tidbit of Russian History

Russia’s 2nd largest city, St Petersburg sits on the River Neva at the head of the Gulf of Finland on the Baltic Sea. Tsar Peter The Great founded the city in 1703 and although it doesn’t represent all of Russia, it provides an accurate confluence of cultures, traditions, ideas and heritage offering all visitors a rich and enlightening experience.

The most striking feature of St Petersburg is its architecture.  As I walked through the streets, meandering canals and along the banks of the River Neva I was charmed by the abundance of magnificent structures and artistic treasures that represent the tumultuous and fascinating history of a nation.   The Mariiansky Theater, St Isaacs Cathedral, and Church of Savior On The Spilled Blood are just a few of the world famous attractions I had the chance to visit.

One of the most prominent and culturally significant landmarks is The State Hermitage Museum in the Palace Square. The fact that I had an unobstructed view of its impressive façade from my hotel room made it all the more striking, but more about that later.

The Majesty and Opulence

Founded by Catherine the Great in 1764 the museum houses and displays over 3 million items.  The structure itself is massive and actually consist of six buildings along the embankment if the River Neva. Walking through the grand halls and ballrooms left me awestruck. Vast spaces with archways adorned with marble columns, crystal chandeliers and intricate cornices displaying the opulent nature of Russia’s controversial ruling class and centuries of Imperialism.

Roaming room to room was a journey through history. Each space filled with treasures all offering their own narrative.  I definitely had the overwhelming sense that I was missing more than I was taking in, leaving me with the undeniable conclusion that one visit could never be enough. The museum also houses the largest collection of paintings in the world with some of the most notable pieces of artwork in history.  As I stood just inches from Leonardo da Vinci’s Madonna with Child my hair stood on end as I realized I could see the exact brush stokes that the great artist himself had actually executed.  No digital image or book copy can ever create that sense of wonderment and my visit to Russia was worth those few seconds alone.

Culinary and Musical Experiences from Around the Globe

Traditional Russian cuisine is a diverse collection of culinary habits perhaps born of necessity rather than options due to the economic climate of such a large nation.  The core substance is typically made up of agrarian products where stews, soups and breads are prevalent on most menus. I was fortunate to discover The Yat, a warm and friendly restaurant located in sub street level just minutes from the Palace Square. It offered me an array of traditional Russian dishes including a delightful Borsch (traditional Russian soup with beef and red beans) and a fine Russian Tiramisu for dessert to satisfy my ever-impending sweet tooth. I was also delighted to find an abundance of flavored vodkas and liquors and discovered a fondness of Vodka infused with Horseradish, Who Knew!

The ambiance was enhanced and my experience made complete when two young musicians entered the restaurant and played a piano and violin duet, which I later found out is a common nightly occurrence. For those travelling from the U.S. St Petersburg even offers a little bit of Americana in the from of The Jimi Hendrix Blues Club, a small local dive bar that offers live music.  It was fortunate timing that I was to be entertained by a band that played and sang great rock classics by groups like The Doors, Jim Hendrix and Led Zeppelin flawlessly, and accompanied by one of the most animated and entertaining harmonica players I have ever seen.  The fact that the no one in the group spoke any English was even more impressive.

My overall experience in Russia was enriched further by my choice of accommodation.  There are many excellent hotels to choose from in St Petersburg but no other hotel mirrors the character and soul of the city and with such style and grace than the Moika 22 Kempinski hotel. Standing confidently on the banks of the canal and located in the very heart of St Petersburg, the Kempinski Hotel welcome guests with a warm, personal and extremely professional manner. From check-in to checkout I truly had the feeling of being welcome.  Staff and management were always attentive and quick to please, more importantly, always with a smile. The interior artwork and furnishings throughout the lobbies and rooms are rich in traditional Russian style and are consistent with the character of the city.  The site of the grand façade of the Hermitage museum framed in the view from my suite window facilitated my feeling of total immersion in the magic of this historical place.

Rich in Traditional Design and Character

The 9th floor of the hotel presented me the ultimate vantage point to see the whole city. With 360-degrees of unimpeded views the Bellevue Brasserie Restaurant offers up a living canvas of panoramic cityscape.

It was extremely gratifying to effectively map out my daily itinerary, all the while enjoying an exquisite menu which included a Kamchatka Crab Salad, the signature dish of the hotel since its opening in 2006.

The Kempinski had so much to offer but my favorite highlight of the stay was the Breakfast buffet offered every morning in the downstairs restaurant.  A delightful banquet of all the freshest nourishment you can expect for the most important meal of the day and accompanied with free champagne and live piano.

Worth Visiting Again and Again

I truly fell in love with St Petersburg and highly recommend that you take the opportunity to visit.  During the summer months the city is famous for it’s White Nights Festival.  The “Beliye Nochi” is a curious phenomenon caused by St. Petersburg’s very northerly geographical location and from late May to early July the nights are bright in St Petersburg, with the brightest period, the White Nights, normally lasting from June 11th to July 2nd.

My visit this time around was in late November. Days were short; nights were cold, the river flowing with hunks of ice and it felt so… Russian.  I couldn’t be happier.  No matter what time of year you visit this beautiful city you will be moved, inspired and hopefully enlightened. Kempinski Hotel Moika 22 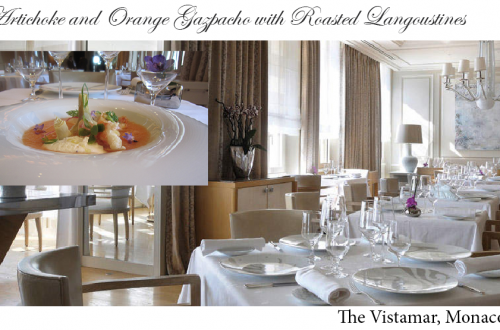