Edward Horswell’s parents Harry and Jane, founded the Sladmore Gallery, named after their farm in Buckinghamshire, in 1965.

Their friend Jacques-Chalom des Cordes was there at the beginning, he introduced them to the genius of Rembrandt Bugatti. Edward a dealer and connoisseur of animal sculpture, as well as 19th and 20th century bronze masters, has become a world authority on the art of Bugatti, seeking advice from Jacques through the years. Jacques (born 1935) has been painting for forty years, including nine exhibitions in Paris since 1976.

In their Jermyn Street gallery, just off Piccadilly, important bronzes by Auguste Rodin, Aristide Maillol, Edgar Degas, Rembrandt Bugatti and Antoine-Louis Barye are always on display. They continue to stock a fine selection of works by other leading animalier sculptors of the 19th and early 20th century. Their endeavours includes an active publishing program of exhibition catalogues and monographs is also an important part of the gallery’s activities. www.sladmore.com

The Edit: Timepieces for Her 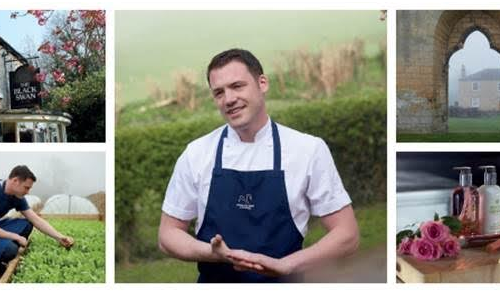