When you can afford to buy any car you want, the biggest challenge is making a choice. Tens of manufacturers launch incredible models every year.

Starting from the most energy-efficient types all the way to the coolest hybrids with automatic transmission, selecting a car can be a challenge. Prior to spending, a good place to start is to settle on some crystal-clear priorities. What are you looking for in a car? Do you have a need for speed or are you searching for a practical yet stylish mode? Here are some of the latest releases to help you get inspired.

At last, Jaguar is making a comeback this season. Its latest model, the XE, is a luxurious sports sedan with the most upscale design inside out. According to the manufacturers, the model is well-equipped to compete with other top-notch manufacturers, including Mercedes S-Class, BMW 3 Series, and Cadillac ATS. Ten years ago, when the X Type was launched, the brand failed to live up to the expectations of the people. But right now, it looks like Jaguar is finally making a means. The XE pack cutting edge technology, including a brand new InControl infotainment system and an 8-inch touchscreen. The 4-cylinder 2-liter engine gets to 180-hp, meaning that the car is ideal to all those looking for fuel efficiency. There’s a second variant available, with a 3-liter supercharge V6 engine and 340-hp.

The beautiful Acura NSX is perfect for auto enthusiasts craving a fast, elegant, and highly-performing vehicle. Acura’s latest model has a V6 turbo-charged engine and over 550 horsepower. The car packs 4 driver selectable driving modes, and it prides with the most exotic styling. As far the price is concerned, specialists claim that the NSX may cost up to $150,000.

Audi’s last TT model was launched nearly 10 years ago. This year, we have a brand new variant that’s sleeker and more stylish. The 2-seater coupe packs an impressing handling; it also features a 4-cylinder engine and it’s a lot different than Audi’s current TT model. The new design exudes originality and sheer elegance. Audi wanted the car to look simple, yet classy. Powered by turbocharged four-cylinder engine, 220-hp and a dual-clutch automatic transmission, the TT is a really attractive vehicle. On the inside, the interior is modern and high-tech. Prices begin at $43,000 and can get to $48,000 for the roadster.

We haven’t seen a convertible from Buick in a while, but the manufacturer is back in the game. The latest model, Cascada, has 4 seats and it prides with extremely advanced technology. Inside the car we have a high-tech built-in Wi-Fi system, the Buick Infotainment system (Intellink) and a 1.6 liter turbocharged engine that gets to 200 hp. As far as the price is concerned, Buick Cascada costs between $30,000 and $35,000.

Cadillac has been trying to wow its fans with luxury cars for years. But somehow none of its models managed to grab attention. That’s probably the manufacturer couldn’t compete with Mercedes-Benz, BMW and Lexus; until now. It looks like Cadillac’s most recent CT6 modelhas a lot of potential. The beautiful sedan has ventilated rear seats and massaging, an incredible 34-speaker sound system (Bose), and rear view mirroring that records video images for an improved view when driving. Prices for Cadillac’s coolest sedan, the CT6, begin at $73,500 with shipping included.

Initially named the Infiniti G37 Coupe, the beautiful Q60 is perfect match to the Infiniti Q50, which was launched back in 2014. Drivers fond of the manufacturer should expect a 3.7- liter V 6 engine with 324-hp. On the inside, the technology is top-notch. The Q60 has LED headlights included, an updated infotainment system, drive by wire steering, and adaptive cruise control. As far as the price is concerned, Infiniti fans should expect to pay around $42,000 for the luxurious car model.

Investing in a brand new car is one of the toughest decisions you can make. Considering there are so many car manufacturers out there, it can be hard to decide. Now it all depends on what priorities you have. If you want speed, choose a Porsche 911 with the most durable Porsche tyres, but if you’re searching for luxury and elegance, the models presented above may exceed all your expectations. 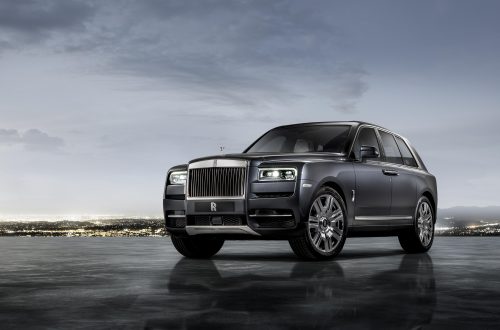 News of the Concours d’Elégance Suisse 2018