Classified as an historic monument, the George Stephen House, erected in 1880 by an ultra-wealthy railway pioneer in Canada, George Stephen, 1st Baron Mount Stephen, is the affluent residence that subsequently housed the prestigious private Mount Stephen Club for nearly a century.

Just in time for the 375th anniversary of Montreal, a gem of Montreal’s urban heritage is reborn today in all its splendour. It opens its doors to the world as a very special mansion hotel, Le Mount Stephen.

Owned by the Tidan Hospitality & Real Estate Group, 1440 rue Drummond has been the object of an investment of more than $20 million to confer a brand-new vocation on this prestigious address in the heart of the Golden Square Mile. This exclusive luxury hotel with contemporary comforts on the technological cutting edge addresses an upscale business and leisure clientele. It is one of the only three Canadian hotels among the select ranks of The Leading Hotels of the World.

“We were deeply committed to this real estate development project, the biggest we have ever undertaken; we wanted to revive this heritage site, while endowing Montreal with a new jewel,” affirms Mike Yuval, co-founder of the Montreal company Tidan. “Besides, isn’t it appropriate for the home of a man who played such a key role in building the first railway linking Canada from sea to sea, to welcome travellers from all over the world today?

A stroll on Drummond is enough to recognize that Mr. Yuval’s ambitious wish is mission accomplished, largely due to the masterful knowhow of the architecture and design firms, Lemay and Provencher-Roy. A creative way to bridge past with present, to make no apparent change leaving the George Stephen House intact, along with its exterior and interior heritage features. Amazingly, the new section – an 11-storey building accommodating 90 rooms – is barely visible from the street, due to the successful integration into the cityscape. Characterized by an angled glass roof, the simply-styled building stands at the rear of the period mansion and is discreetly connected to it by a short passage. Indoors, however, when you pass from the old to the new, the wow effect is readily apparent. Le Mount Stephen embodies classic elegance, harmoniously combined with an ultra-contemporary art of living.

“We are delighted to welcome Le Mount Stephen to our collection of exceptional hotels,” declares Deniz Omurgonulsen, Vice-President of Membership, The Leading Hotels of the World. “As an independent luxury property, Le Mount Stephen offers convivial elegance, ideal for today’s travellers, who are both curious and trendy.

The Original House Acts As the Entrance to the New Hotel

The original George Stephen House, which acts as the entrance to the Le Mount Stephen hotel, is also home to Bar George – the newest restaurant from Oliver & Bonacini. With food curated by renowned Corporate Executive Chef Anthony Walsh of O&B and Chef de Cuisine Kevin Ramasawmy (formerly of Maison Boulud and Daniel) guests can expect to find fine, seasonal dishes from trusted suppliers in the region. The menus feature innovative twists on U.K. classics. “This partnership with Le Mount Stephen has been a long time coming and we are honoured to become a part of the vibrant food culture in Montreal, which happens to be the hometown of our executive chef Anthony Walsh” said Andrew Oliver, President and CEO, Oliver & Bonacini. “The launch of both Bar George and our events and catering at Le Mount Stephen hotel, will see inventive fare that pays homage to the rich history of the building.”

The lobby and reception counter, sparkling with pale marble and adorned with the hotel’s coat of arms, are located on the ground floor of the new wing, along with the event spaces, particularly the 5000 ft2 Elizabeth Grand Ballroom and an additional meeting space of 1800 ft2. All the hotel rooms, as well as the fully-equipped gym and the Mbiospa Prestige Spa, are part of the modern wing.

The palette of colours is manifested in neutral beige, grey, black and white tones, merging into coppery and metallic hues, reddish-brown marbles, shimmering black, and gold and silver finishes. Discreet historical reminders dress the space, particularly with period furniture from the George Stephen Home, judiciously placed here and there in a corridor or in a suite.

In all, there are 90 units, including 9 laid out for persons with reduced mobility: 69 rooms, 16 suites, 4 sky-lofts, and 1 Royal Suite of 5000 ft2. All are equipped on the technological cutting edge: digital control of lighting and curtains; 49- or 55-inch IPTV flat screen television with the best selection of channels; desk equipped with many USB sockets; free high-speed Wi-Fi; Nespresso coffeemaker; Toto multipurpose sanitary unit with a heated seat and automatic flush; bathroom with chromotherapy rain shower head. The beds, with memory foam mattresses custom-made for Le Mount Stephen by Harlequin, are exceptionally comfortable.

Among the hotel’s special features, is the 3D honeycomb effect fenestration with square panes of different sizes, embedded in a white wall that offers all occupants views of the city and amazing intimacy all at once. Every room has an operable but safe window to let fresh air enter. Another feature of the hotel is the spectacular angled glass roof, which provides the splendour of the lofts under the stars on two floors, the Signature Plus Suite and the Royale Suite, which occupies the top floor. This 5000 fti2 unit, level with the elevator, is a breathtaking space with a panoramic glass ceiling over its entire length, multiple terraces and an engineered dark wood floor contrasting with the ambient light.

Indulge in the Art of Living

“Le Mount Stephen is a matchless space, combining old and new. But beyond the place, what will distinguish us is the quality personalized service,” General Manager Antoine Naoum points out. “The clientele will be delighted by the geographic location in the heart of the Golden Square Mile, the historical character and the contemporary functionality of our hotel dedicated to the art of living.” For more information visit http://www.lemountstephen.com/

A Visit to Atelier Moynat: Creating the Réjane Bag 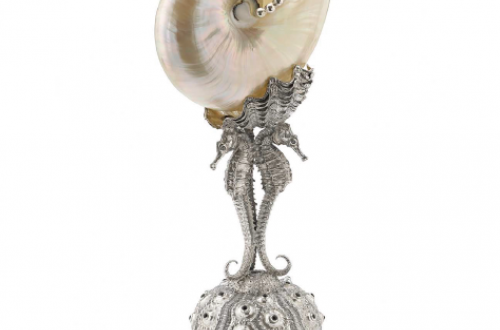 BENTLEY BEYOND – Discover the Collection, a New World of Scent